The transformative, Town-managed traffic-calming and critical infrastructure project now provides a safer traffic corridor for residents and thousands of daily commuters and visitors

HILLSBORO, Va. (May 27, 2021) – Today the Town of Hillsboro announced the full reopening of 24/7, two-way traffic on its “reclaimed Main Street,” Charles Town Pike, with the substantial completion of a $30-million multi-faceted road and infrastructure project, ReThink9. Hillsboro Mayor and ReThink9Project Manager Roger Vance called it the Town’s greatest transformation in its 269-year history.

“We are delighted to have met our commitment to fully reopen 24-hour two-way traffic in May,” said Vance, noting that most commuters and visitors had two-way access beginning in March, much earlier than had been planned.

ReThink9 provides a range of benefits to tens of thousands of commuters and visitors, area residents and businesses by relieving congestion and enhancing pedestrian safety on one of the region’s busiest corridors, Vance said. “The project has also brought 21st-century infrastructure to one of the Commonwealth’s best-preserved 18th-19th-century towns, including a new drinking water system, wastewater and storm water collection systems, underground power and communications, and a state-of-the-art streetlight system. Context-sensitive design, materials and streetscaping have reclaimed Hillsboro’s historic ‘Main Street’ while preserving its historic integrity and providing new opportunities for economic sustainability and long-term preservation.

“The on-time, on-budget success of this project was the result of extraordinary collaboration between the Town, our engineers at Volkert, our contractor Archer Western, and our funding partners,” Vance said. “By building these multiple projects concurrently and most efficiently, we’ve saved many millions of dollars—and avoided several years of traffic disruption on Route 9, rather than just 14 months.”

Nearly two decades in the planning, ReThink9 was funded by the Northern Virginia Transportation Authority (NVTA), Loudoun County, the Virginia Department of Health, and the Town of Hillsboro.

Monica Backmon, NVTA’s Executive Director said, “The Town of Hillsboro is truly the ‘Little Town That Could,’ demonstrating how public comment really does matter. It has been an extraordinary partnership between NVTA, Loudoun County and the Town of Hillsboro, and we thank all the dedicated leaders, elected officials and their staff, and transportation and construction professionals, who made the Route 9 improvements possible, seeing this vision through to reality. In fact, Hillsboro’s Route 9 traffic calming project, is one of the first transportation projects in the Authority’s inaugural Six Year Program to start and finish construction.”

Phyllis J. Randall, the Chair of the NVTA and of the Loudoun County Board of Supervisors said, “It has been exciting to witness the unity and passion exhibited by the Town of Hillsboro residents, who have seen the transformation of Route 9 through from the beginning to end. Projects like this play an integral role in maintaining and enhancing a comprehensive transportation network in the region and improving the quality of life for Northern Virginians and beyond.”

Loudoun County Blue Ridge District Supervisor Tony Buffington, an early supporter of the project, said, “I’m honored to have played a small role in this important project and I want to recognize Mayor Vance and Vice Mayor Marasco for their efforts to ensure this timely and on-budget completion.”

The project was managed by the Town of Hillsboro, with Mayor Vance and Vice Mayor Marasco donating their time as project manager and deputy project manager. Marasco said, “Our ownership and nimble management provided significant cost savings to the project, streamlined decision making and allowed for innovation. This is a small-town Americana effort at its best. It just goes to show that collaboration across jurisdictions and agencies on a project of this size doesn’t have to be slow. Our ‘one-team’ approach made it work seamlessly.

“This partnership and commitment,” Marasco said, “on the part of officials, residents, local subcontractors, vendors and businesses—to rebuilding and reclaiming Hillsboro has ensured public health and safety and delivered extraordinarily modern infrastructure—while maintaining the historic character and charm of Hillsboro. We did it!”

Additional funding from VDOT and the Town supports three multi-modal trails set for construction this summer, Vance said, providing a safe environment for pedestrians and cyclists throughout the historic Town. “While the Route 9 road work is completed, trail and infrastructure construction in Hillsboro will continue, including water and sewer mains and communications conduit extended to reach each residence and installation of a new wastewater treatment package plant.”

While ongoing work in Hillsboro is not anticipated to require further road closures, Vance said occasional flagging operations in the Town may be necessary. For the latest traffic and construction updates, motorists are urged to visit www.ReThink9.com. 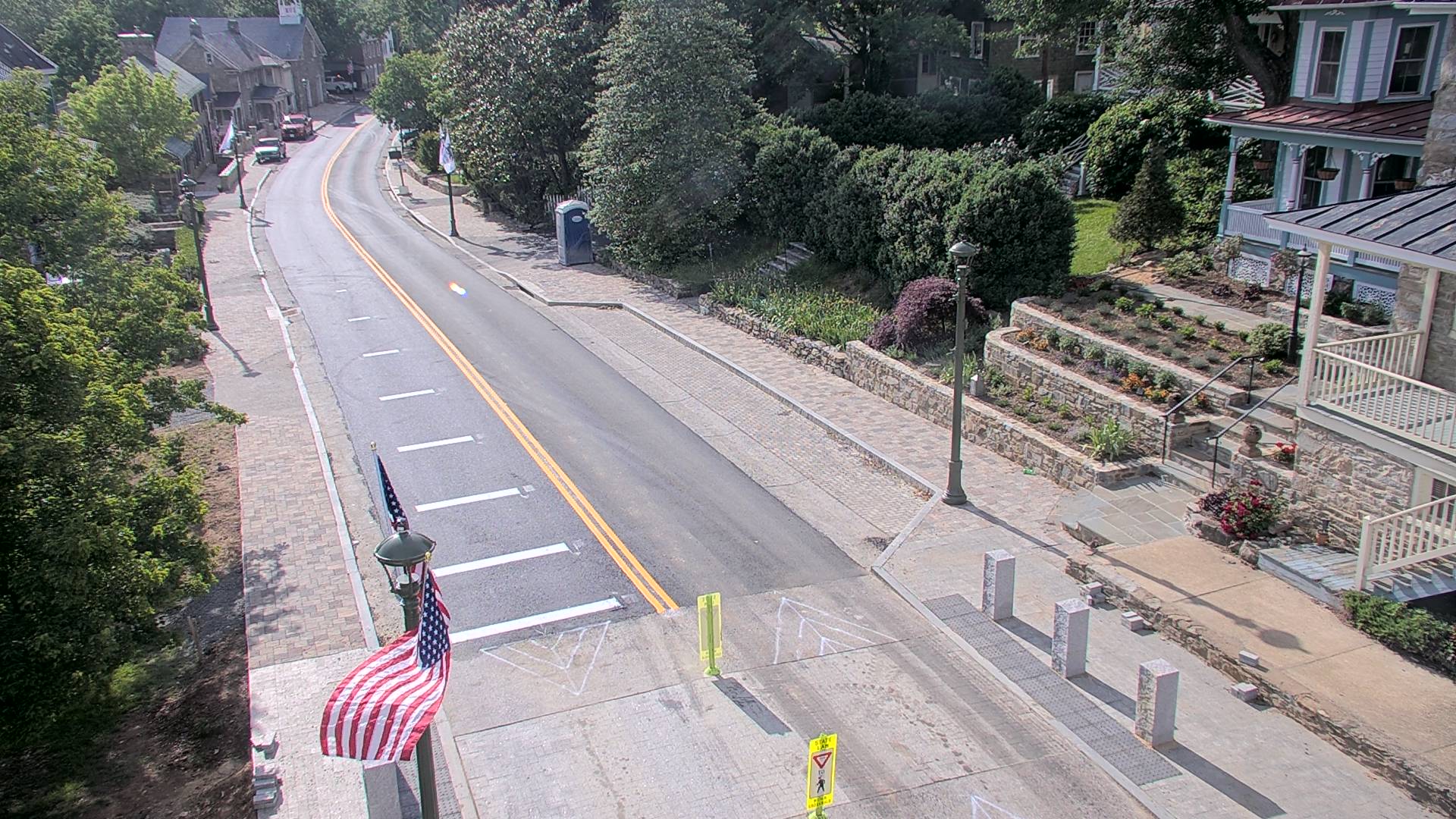 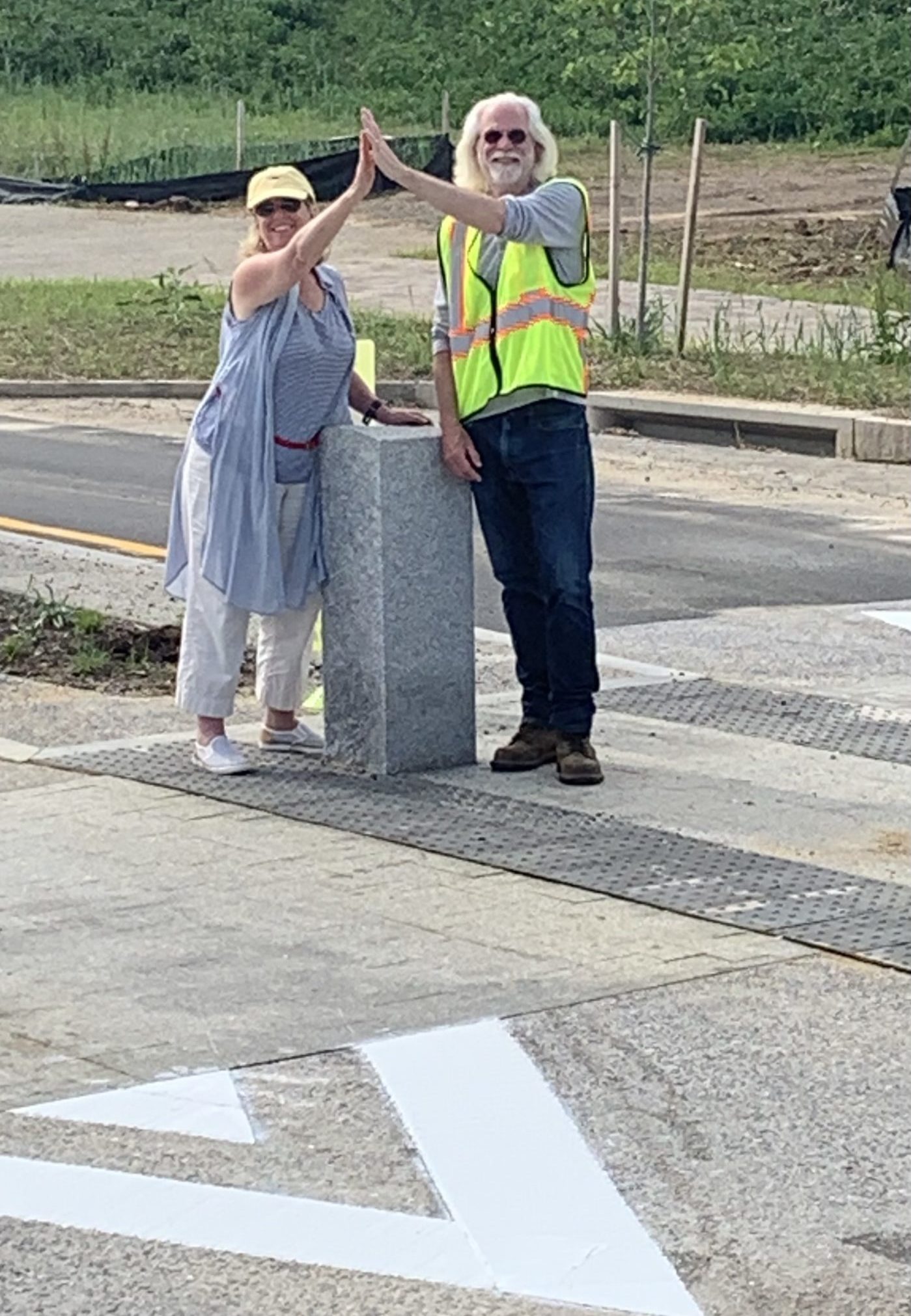